Borussia Dortmund are, without doubt, one of the most respected clubs in the world when it comes to their fanbase. Known for being committed and loyal to the team, BVB fans around the world also [...]

For years now, the spectre of a European Super League arriving to bring an NBA-style tournament to football has lingered. The rise and success of the European basketball EuroLeague has only increased the desire of [...]

When Niklas Sule signed for FC Bayern, it was seen as another dominant move by the top club in Germany. Signing up an outstanding young talent with time on his side and no shortage of [...]

If you have not heard the name Joshua Zirkzee in the past, expect that to change pretty quickly. The Dutch striker was a semi-regular for FC Bayern Munich last year, but has dropped off the [...]

Mesut Özil does not regret Arsenal move amid Fenerbache claims

As one of the most creative players of his generation, the career of Mesut Özil has been an odd thing to watch. The German burst onto the scene prior to the 2010 FIFA World Cup, [...] 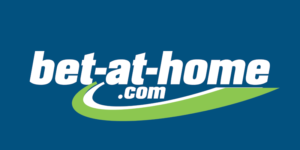 Find a full casino list 2020 on SevenSpins. So try to make a deposit and you’ll see that you will get tons of exclusive free spins.